My driver’s side power window was painfully slow, especially on the way up. I purchased a new power window motor from 928 International, and had some time after being away from the car for 7 months.

I believe most (if not all) of the power window mechanism in the 928 production run from 1978-1995 are more or less the same. The window motors changed the number of teeth that they employed: the older motors (1978-83) used eight teeth, the newer ten. Mine was a 10-tooth-motor.

First, I removed the door panel. There is a procedure to follow, with photos, on landsharkoz’s 928 page, here:

A couple of mistakes I’ve made in the past:

– It is easy to lose parts (especially the small screw that holds the backing for the door release lever) so keep them in a safe place.

– Near the door lock, there is a one-inch protruding piece of thin metal that slides in near the door lock. One must slide the interior panel forwards towards the front of the car, otherwise trim will be ripped. I found this out the hard way the first time I tried to take apart a door panel.

– Special care needs to be taken to ensure that the speaker wires and mirror wires are not ripped off at their respective crimps.

To remove the window transmission, I did this:

2) Put a screwdriver under the window to catch it so that it won’t fall down. I originally used a C-clamp, but it got in the way when I tried to remove the window regulator. 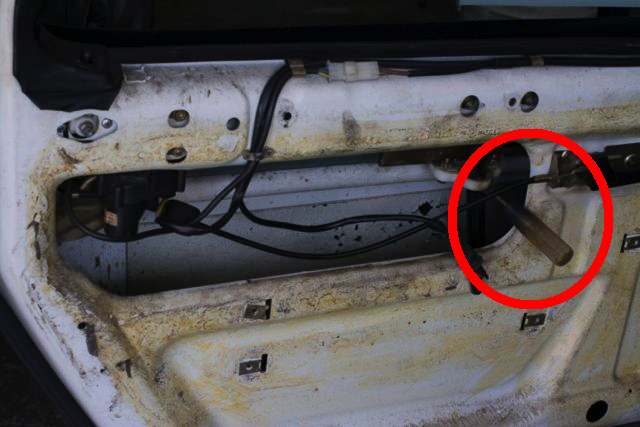 3) Removed four 10mm bolts (circled in red). These four bolts hold the window transmission (which at this point is bolted to the window motor.) 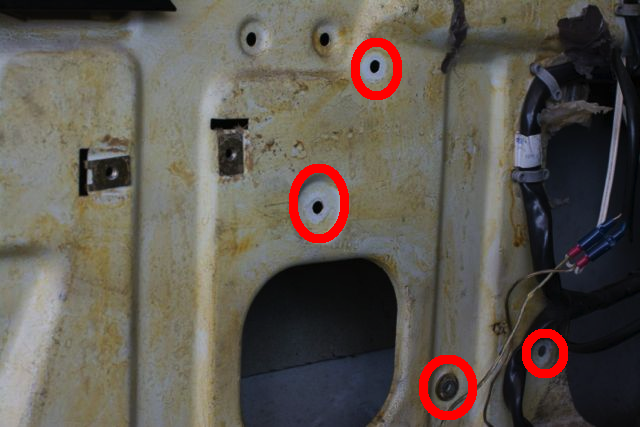 4a) Roger Tyson- from 928sRUs- suggested that I had an electrical problem. I crawled under the glove box and cleaned ground point V (above the CE panel) with some DeoxIT and immediately got a .25V improvement at the window motor.

6) Removed the power supply to the power window motor. It pulls off, very simple. 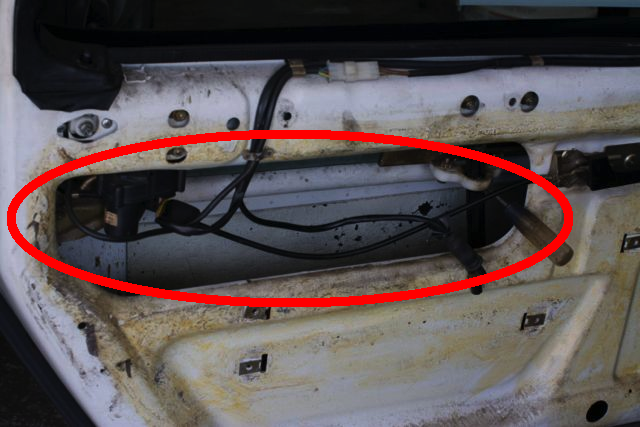 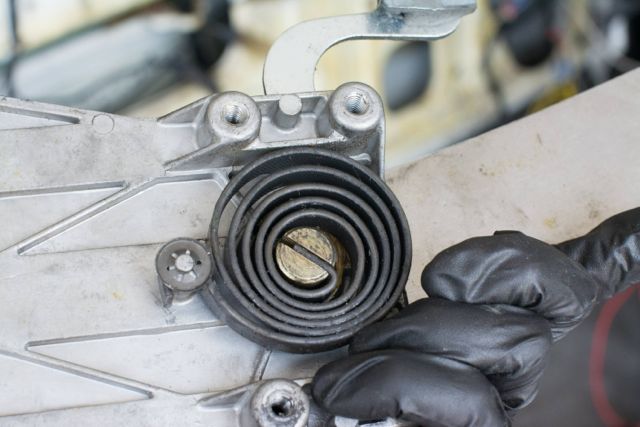 That spring needed to be ‘unsprung’ when removing the window motor. 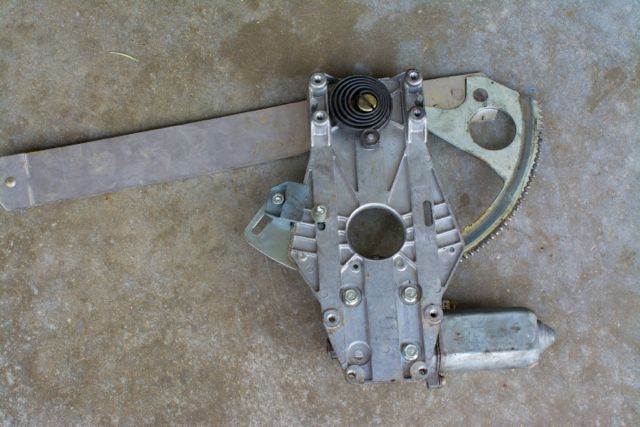 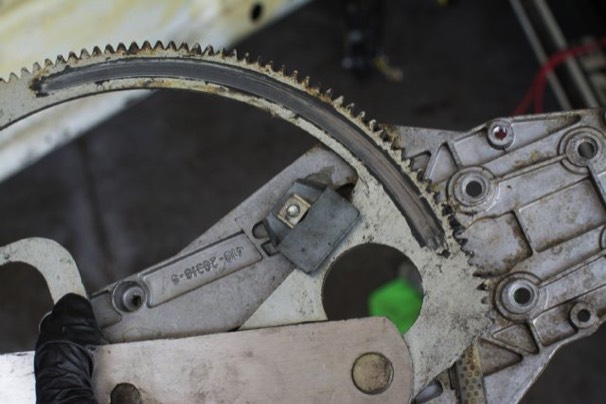 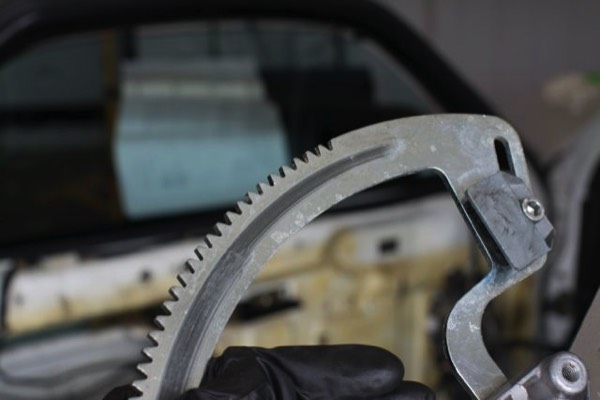 I also cleaned the inside of the rail (it is attached to the window, looks like it is yellow cadmium-plated, and has a cross section of a square C) with a brush and coated it with white lithium grease as well.

10) The window motor is connected to the window transmission via three 10mm bolts. I removed those. I tested the existing motor against a used motor I recently purchased from 928International. I went with the 928Int’l motor- it seemed to spin faster. (I will disassemble the existing motor and have it as a spare.) 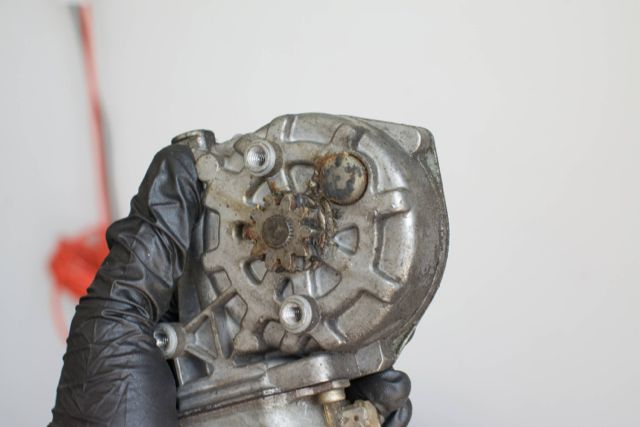 11) I attached the replacement motor to the window transmission, torqued the three 10mm bolts to 84 in-lbs, then attached it to the power supply, and brought it back to the down position. 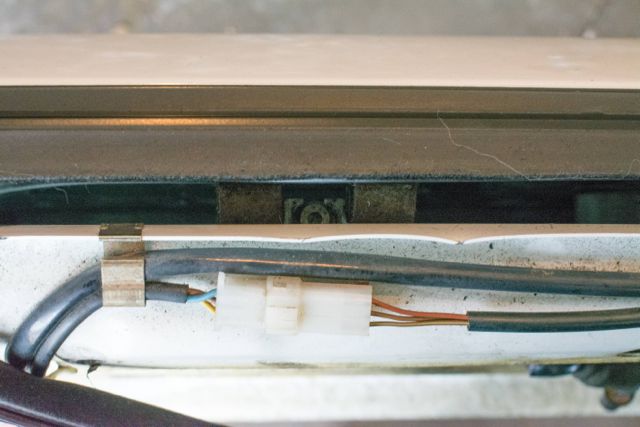 and two allen bolts that hold the window’s guide bar 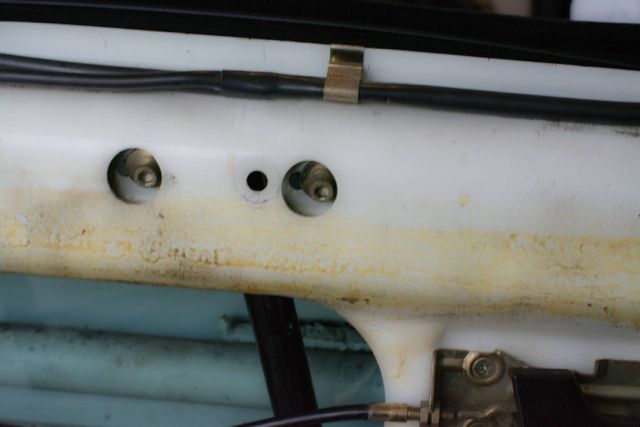 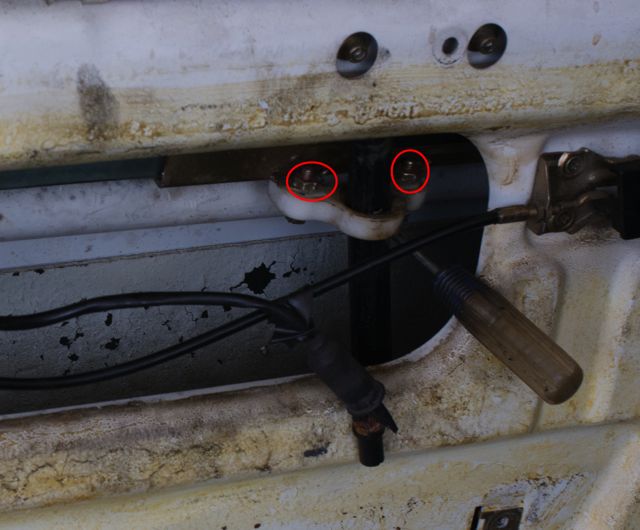 14) I proceeded to raise and lower the window several times. The window seemed to travel faster each time. After a few repetitions, I retightened everything I loosened before.

15) I reassembled the door panel, and took my wife out to dinner. The window goes up and down very fast!